Seven & I continues major overhaul of GMS and department stores 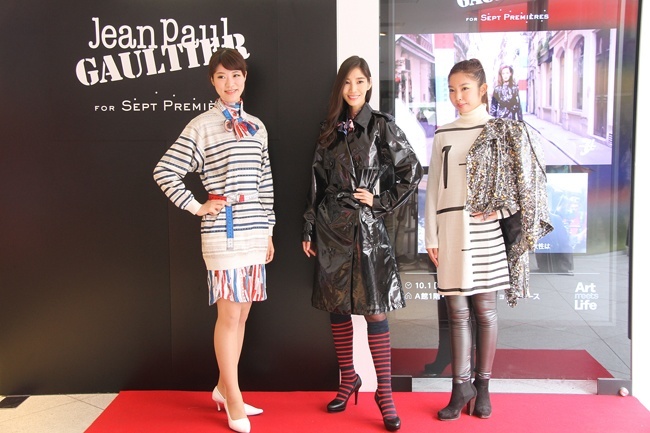 Seven & I is determined to make its GMS and department store businesses more profitable. It has already invested in upgrading key department stores, while converting others to hybrid SC operations, and last month announced the closure of 20% of Ito-Yokado stores. Key to future profit will be the rapidly expanding range of brands sold across the group, such as the just launched Jean Paul Gaultier private brand and a new directly sourced shoes line, all of which are being integrated into its omnichannel heart, Omni7. Seven & I also continues to close failing stores, with the latest a Seibu store in Saitama.

In the wake of poor results at Ito-Yokado and stubbornly low profitability at Sogo Seibu, Seven & I has committed to further reforms of the two retail chains. Common to both will be much greater decentralisation of merchandising and marketing decisions to each store – localisation is becoming a theme among the big retailers, with Aeon last month also talking up plans to delegate merchandising to stores.

Seven & I will also carry out a review of all tenants at both GMS and department stores to introduce more compelling merchandise with better cost performance. Localisation is not just about marketing; by shifting some existing head office functions to local stores, Seven & I hopes to cut staff numbers by as much as 30%, although some of these employees will simply be relocated to stores.

At Sogo Seibu, there has already been progress in modernising stores, and upgrades at key locations like Seibu Ikebukuro, Seibu Shibuya and Sogo Yokohama are ongoing. Regional stores have largely been converted to hybrid SC operations. Seven & I continues to close down loss making stores too; last month it announced the closure of its Seibu Kasukabe store at the end of February 2016. Opened in 1985 as a Robinson’s store under license from the US retailer, the name was changed to Seibu in 2013. This did nothing to help sales, which were just ¥10 billion last year, having peaked at ¥35 billion in 1991 – this from 27,000 sqm of sales space.

The success of Sogo Seibu is vital for Seven & I as the department store operation sets it apart from other mixed merchandise retailers and provides high-end brand and fashion input for the new omnichannel portal, Omni7. For the initial Omni7 trial period in October, Sogo Seibu’s private brands were front and centre. The Limited Edition brand has been a major success with the target market of 40s to 60s customers, encouraging Sogo Seibu to add new lines to the collection as well as completely new brands.

Last month, for example, Seven & I launched a Limited Edition shoes collection. As with some of the apparel lines, a lot of the footwear is being sourced directly from factories with no wholesalers or trading companies in between – Seven & I is working with eight leather producers who will deliver direct to its contracted factory in Japan. This is rare for a department store even when developing a private brand, and demonstrates Seven & I’s willingness to take on more risk on inventory in order to raise margins. The shoe collection, which launches next Spring, will consist of 50,000 pairs over 40 SKUs, of which 20,000 pairs will be directly sourced. Prices will match major domestic brands, but “with a much higher level of design and quality”.

It will open another 45 corners through October and November, and over the next year corners will be installed in all Sogo Seibu stores as well as 135 Ito-Yokado stores, although the Gaultier branded line will only be sold through 45 Ito-Yokado stores. A total of 100 styles and 1,000 SKUs will be produced for the Sept Premieres main line over A/W15, along with 500 SKUs for the Gaultier brand, with prices ranging from ¥4,000 to ¥20,000 for the main range and up to ¥35,000 for the Gaultier line. Sales of ¥5 billion are expected in the first year alone for Sept Premieres, and ¥2.5 billion for the Gaultier collection. Within three years, Seven & I expects Ito-Yokado sales of the brand to hit ¥15 billion.

There is increasing emphasis on the development of such group wide brands. They create economies of scale, but some analysts are concerned that selling brands in Seven Eleven and Ito-Yokado as well as Sogo Seibu may impact on the department store chain’s brand equity. Seven & I isn’t worried and last month launched another new brand, this time for body care items in collaboration with Fancl under the name Botanical Force, and sold across the group including Seven Eleven.

Over at Ito-Yokado, Seven & I has clarified its strategy for the next five years. This will see Tokyo area stores turned into what it hopes will be area-dominant shopping centres, while regional stores will be slimmed down to focus on food. All new stores in Kanto will be SCs. What this in effect means is more specialty tenants surrounding the core GMS. Tokyo stores and some other major city stores will be refurbished and expanded to allow for more space for specialty tenants, including many of Seven & I’s own specialty chains like Loft, Akachan Honpo and the new home fashion chain, Bon Bon Home. Regional stores will stay the same size, but most of the non-food space rented out to tenants.

A good example of the new SC format will be the upcoming Sevenpark Ario which will open in Kashiwa in 2016 with an Ito-Yokado as the main anchor. Kashiwa will be one of the few fast growing cities in terms of population and investment over the next decade, and to date Aeon has dominated there. Sevenpark will be Seven & I’s biggest SC to date with 65,000 sqm of sales space and 200 tenants, as well as its flashiest. It will also contain one of the largest parks at an SC in Japan – if Seven & I introduces parks elsewhere it will be the first developer to realise that parks pay back the lost space in sustained, regular traffic all days of the week because, unlike entertainments, they don’t lose their novelty and because there are so few parks in these kind of suburban cities.

As previously reported, Seven & I plans to close 40 Ito-Yokado stores over the next five years.

Seven & I will introduce virtual fitting rooms in all Sogo Seibu stores and many Ito-Yokado stores over the next year. The 3D fitting cabins are built by Unique Solutions Design, a US firm, under the brand Me-Ality.

Unlike other virtual fitting room technologies which simulate wearing an item, Me-ality cabins take complete 3D scans of the customer’s body first – a claimed 200,000 data points on the body without the customer having to take her clothes off.

What is interesting about the technology from Seven & I’s point of view is how the data can be integrated with online shopping and store cards. Customers will need to register and log in with their store card or online account details and the measurements of body, feet, hands and head will be uploaded to the customer account. All future visits to its online store, Omni7, will then automatically present product in the customer’s size, obviating the need to worry about sizing. At stores, staff will be able to bring up customer data on tablets in order to select the right size for the customer without asking. In the future, Seven & I plans to introduce portable scanners as well.

Seven & I saved by record profits at Seven Eleven – again